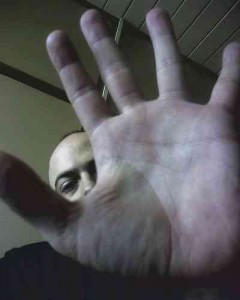 Time management is a non sequitur. Metaphysical arguments notwithstanding, time ticks inexorably forward second-by-second, minute-by-minute, and day-by-day. There’s nothing we can do about time’s forward march. However, we can control our actions as they relate to what “time management” really means – getting things done.

The people I talk with say there’s never enough time. Most feel they are constantly running behind schedule. There are many reasons for this. Our technology delivers endless demands for our attention. Globalization populates our worlds with more and more people. But one of the biggest culprits is letting scheduled events – meetings, telephone calls, web conferences, etc. – run past their pre-established end time.

There are two primary causes for events running long:

Both of these factors are a product of insidious reasoning. The first functionally states that latecomers determine what’s best for the rest. The second states that pre-determined purposes are subordinate to impromptu subjects. We need to look for a better way of making our time together more productive.

The Power of Denial

The first stop on the search for a solution is to acknowledge that we’re in denial. [pullquote]Denial is a very powerful force. It’s a force that drives intelligent people to concoct innumerable excuses to maintain the status quo.[/pullquote] In this instance, we often excuse latecomers under the theory that we need “their” or “everyone’s” input. Similarly, we excuse drifting because we want “everyone’s contribution” or because “their point was important.”

The reality is that latecomers are disrespectful and field trips are inefficient.  But changing other people’s behavior is much harder than changing our own. So let’s change our behavior by implementing a hard stop policy.

The hard stop is just what it sounds like. When the time set for an event to finish arrives, the event terminates. Period.  No excuses. No extensions. It’s a hard stop. This effectively puts the blame for the inefficiency where it belongs – in the late start or in the field trips taken.

Consider the hard stops that we currently take for granted: airplanes leave and arrive when scheduled (for the most part), movies start and stop when the marquee indicates, and TV shows do the same thing. If we don’t make it on time, we’re left behind. Why shouldn’t that be the rule for our scheduled events?

Here are some easy tips to make the hard stop policy most effective:

To effect any change, we must necessarily take action. Utilizing the hard stop will help make the meetings and other events you manage/attend more effective and less stressful for everyone.